Cardinal Mahony strikes back...and is now about to get hammered :D


Dear Archbishop Gomez:
In this letter I wish to outline briefly how the Archdiocese of Los Angeles and I responded to the evolving scandal of clergy sexual misconduct, especially involving minors.
Nothing in my own background or education equipped me to deal with this grave problem (You know, nothing in my background prepared me to work with students with special needs (I was pure math and atomic physics double major), but just because you're  not prepared for something doesn't mean you don't try to do the best you can or learn up on different things. In this case it was your responsibility to not only learn all you can about the law dealing with sexual misbehavior, it was your responsibility as Archbishop to DO SOMETHING about it by not allowing any of these people near children, you do NOT put people in temptations to sin if you KNOW about their crosses with these particular issues).  In two years [1962—1964] spent in graduate school earning a Master’s Degree in Social Work, no textbook and no lecture ever referred to the sexual abuse of children (Not everything you need to know is in the book, That comes from undergraduate work, not even graduate work).  While there was some information dealing with child neglect, sexual abuse was never discussed. (Well, of course not, they can't cover EVERYTHING you'll ever run into in the field.)

Shortly after I was installed on September 5, 1985 I took steps to create an Office of the Vicar for the Clergy so that all our efforts in helping our priests could be located in one place.  In the summer of 1986 I invited an attorney-friend from Stockton to address our priests during our annual retreat at St. John’s Seminary on the topic of the sexual abuse of minors (Maybe instead of hiring an attorney, you should have hired someone who knew something about sexual abuse, like a psychologist or someone in that field). Towards the end of 1986 work began with the Council of Priests to develop policies and procedures to guide all of us in dealing with allegations of sexual misconduct.  Those underwent much review across the Archdiocese, and were adopted in 1989.
During these intervening years a small number of cases did arise.  I sought advice from several other Bishops across the country, including Cardinal John O’Connor of New York, Cardinal Joseph Bernardin of Chicago, and then Bishop Adam Maida of Green Bay (No problem in seeking advice from friends, nothing intrinsically horrible about this).  I consulted with our Episcopal Conference frequently (Only one problem, the USCCB/NCCB has zero authority...It is YOUR responsibility, and YOURS ALONE to deal with this problem, any advice you sought ultimately YOU are the one that had to make the FINAL DECISION!).  All the advice was to remove priests from active ministry (Pretty sound advice, perhaps it should have been followed) if there was reasonable suspicion that abuse had occurred, and then refer them to one of the several residential treatment centers across the country for evaluation and recommendation. (There is no treating of sexual abuse...When someone is addicted to something, is the solution to give them more of what they're addicted to? Of course not!...Your role is spiritual father to your priests, in this situation it should have been obvious then to keep these people away from parishes...and AWAY from children)
This procedure was standard across the country for all Arch/Dioceses, for School Districts, for other Churches, and for all Youth Organizations that dealt with minors (And?, Just because, x, y and z does this doesn't mean you can't do more...don't get me started on public school situations).  We were never told that, in fact, following these procedures was not effective, and that perpetrators were incapable of being treated in such a way that they could safely pursue priestly ministry. (And what prevented you from ASKING?...Wouldn't it make sense after the supposed treatment to keep these people away from situations where they sinned in the past?)
During the 1990s our own policies and procedures evolved and became more stringent (Which of course totally explains why you moved priests that committed abuses to parishes in positions of power as pastors right?).  We had learned from the mistakes of the 1980s and the new procedures reflected this change.  In 1994 we became one of the first Archdioceses in the world to institute a Sexual Abuse Advisory Board [SAAB] which gave helpful insights and recommendations to the Vicar for the Clergy on how to deal with these cases.  Through the help of this Board, we moved towards a “zero tolerance” policy for clergy who had allegations against them which had proven true.
In 2002 we greatly expanded the SAAB group into the new Clergy Misconduct Oversight Board.  They were instrumental in implementing theCharter for the Protection of Children and Youth and served as an invaluable body for me and our Archdiocese.  They dealt with every case with great care, justice, and concern for our youth.

From 2003 to 2012 the Archdiocese underwent several Compliance Audits by professional firms retained for this purpose.  Most Auditors were retired FBI agents, and extremely competent.  Every single Audit concluded that the Archdiocese was in full compliance with the Charter.
When you were formally received as our Archbishop on May 26, 2010, you began to become aware of all that had been done here over the years for the protection of children and youth (Begin deflecting blame from my own person in 3, 2, 1...).  You became our official Archbishop on March 1, 2011 and you were personally involved with the Compliance Audit of 2012—again, in which we were deemed to be in full compliance.
Not once over these past years did you ever raise any questions about our policies, practices, or procedures in dealing with the problem of clergy sexual misconduct involving minors. (And why should he? Is it not your responsibility to tell him EVERYTHING that has gone on in the diocese under your tenure?...Or is it perhaps that what you did tell him, left him speechless...It's bad enough Zavala had 2 children...Sometimes it's best to not say anything...Just because someone doesn't raise a question does NOT mean you've done perfectly...It simply means that the person does not have a question.....This is under your responsibility to be open and honest with Archbishop Gomez, PERIOD!....An extension to this point, it also doesn't mean that he approved of everything that you've done)
I have stated time and time again that I made mistakes (mistake is so vague, sins are much better), especially in the mid-1980s.  I apologized for those mistakes (contritely or with imperfect contrition?), and committed myself to make certain that the Archdiocese was safe for everyone (It sure doesn't seem like it, it really doesn't).
Unfortunately, I cannot return now to the 1980s and reverse actions and decisions made then (Well, of course).  But when I retired as the active Archbishop (Feb 27 2011), I handed over to you an Archdiocese that was second to none in protecting children and youth (Yes, but did you root out the filth of people in leadership positions? You did no such thing, in fact you put more of your people "in place" to make things harder for His Excellency).
With every best wish, I am
Sincerely yours in Christ,

1) When one makes mistakes, it is important to indeed make contrition and fix said mistakes. This is not done by placing people as auxiliary Bishops, pastors, heads of school, etc. Under absolutely no circumstances do you put people who endanger children in positions of authority, ABSOLUTELY NEVER!
2) I mentioned earlier that mistake is vague, let's call them what is your excellency...sinful...you knew of these priests behaviours, and you put them in positions where they could possibly sin again. You have master's degree in social work, think about it, would you place a child in the home of a person who is physically abusive? Of course not!, In the same manner, you should not have placed priests that were abusers in places where they could abuse again.
3) A few things to help you with introverts: Just because something is not said, doesn't mean what you have presented is approved of, or even liked. It simply means that the person has no questions as to what you have said. It is most often the case that they process the information presented interiorly and when have reached a full conclusion...they will THEN present you with their findings...As what happened in this case...Intra-interior processing...do not ever expect an introvert to discuss what they are thinking...EVER...If it was me that was the Archbishop, the exact same thing would have happened. And another thing, NEVER cross an introvert...NEVER...This was absolutely low of you Your Eminence!
4) I have some advice for you: Hide, and hide well...Really this should not have been published...but now that it's been published....do not address this again. Do not speak in any public forum. Pray Mass in private, do not come out unless necessary, in other words, heed to the Archbishop's words and do not exercise anything in public other than your Roman Duties.
5) Please and most importantly pray for Cardinal Mahony and Archbishop Gomez and for this whole situation that is going on in my birth archdiocese. This is one cross that is extremely heavy to carry...and as someone who is from this diocese, I am personally affected by anything that comes from LA. 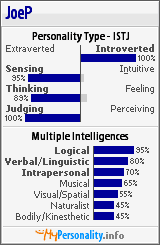