Well, this year has been an interesting one, much has been taught, much has been learned, and there is much to go through still, I suppose now would be a good time to reflect on some end of the year thoughts.

a. People are extremely good at projecting intentions and thoughts where they do not exist.

More often times than not, I have observed not just over the election period, but virtually anything (even from Pope Francis) these days, that there's an instantaneous reach for the heart, to be the judge, jury, and executioner, rather than the ear that listens to the various ideas and words that are said, and look to either learn, or in charity, correct those ideas or thoughts.

It's an absolute embarrassment to see things proclaimed to be "insert your favourite buzzword here" without any actual substance behind the words. Not that I had much hope for the future, as I constantly say here, if you're going to say something, be able to back it up with actual evidence instead of emotional reason.

b. The idea of safe spaces is absolutely stupid for those that do not have conditions that warreant such things.

There are serious conditions where people actually do need this type of thing, but just because something doesn't make you feel good, or one disagrees with someone, doesn't automatically imply that one needs a place to feel better. Pretty much everywhere is a so called safe space for those that have any leaning towards the left because virutally everywhere is dominated by those that lean left. I think the world would be quite boring if we all agreed. It's hard enough to get two peole to agree to something let alone a whole population. Maybe I'm strange, but I think the exchange of ideas is a good th ing, but that only works if we listen to one another.

There's not a day that goes by that I don't hear something said by His Holiness that makes me go, huh, what? zip it!, where did you get your chemistry degree again? Whether it be the constant insults, training priests to be involved in so-called "man made climate change" TM, seems quite awfully judgemental for someone who said, who am I to judge? TM As I say, not my circus when it comes to things related to him....Can he please just teach clearly and stop being so ambiguous>?

d. At the same, time people do need to realise the following:

1. The Orthodox churches and the Catholic churches (The one Church is a communion of churches) are NOT excommunicated from one another, for that matter, neither are the SSPX. If we want to be one, it requires acting like it....In many of the old countries, inter-Communion happens with the consent of the Bishops'...we just seem to be a bit behind the ball here in the west.

2. When one loses, it's not the time to whine, it's time to re-evaluate what one does, and come up with a new and effective way to approach things. Blowing things up does not accomplish this at all.

3. People should not be surprised that any patience I have is all gone. It's been that way since at least 2002.

4. The culture of individualism needs to stop. We must not forget about our families and everything that makes the circle go around, I often think that this modern culture has something wrong with it, this is it.

1. I do promise to blog more, It's been kind of hard to schedule stuff, I'll be adding my reflections on Eastern Catholicism, and some other thoughts.

3. Perhaps a change in some kind of status will occur this year. :)

I hope that all of you have a blessed New Year, please be safe, and God bless you.

Merry Christmas to all of you!

"Your Birth, O Christ Our God, has shed upon the world, the light of knowledge, for through it, those who worshipped the stars have learned from a star to worship you, the Sun of Justice, and to know you, the Dawn from on High, Glory to you O Lord." (Troparion from the Nativity)

"Today, the Virgin gives birth to the Transcendent One, and the earth offers a cave to the Unapproachable. The angels sing his glory with the shepherds, the wise men journey with the star. The eternal God is born for us as an infant child." (Kontakion from the Nativity)

I wish all of you a very Merry Christmas season! May God bless you abundantly.

Christ is Born: Glorify Him 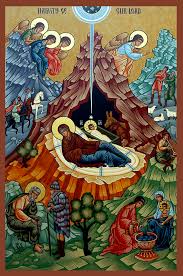 Things people do not need to apologise for

Email ThisBlogThis!Share to TwitterShare to FacebookShare to Pinterest
Labels: Opinions

The Maternity of St Anna (a few days late)

Sorry that this entry is being uploaded late, tis finals week, and the auto schedule was for the wrong date.

In our Liturgy, we pray in response to the presentation of the Holy Gifts, "One is Holy, One is Lord, Jesus Christ, to the Glory of God the Father, Amen." It is from this point, I wish to talk about the feast of the Maternity of St Anna.

God by his very nature is Holy. The Theotokos is holy by Grace, not anything on her own merit. Or put another way, Mary is by grace, what God is by nature. Traditionally this feast is not celebrated on the 8th of December, but rather the 9th, a day later, because The Theotokos is human, and Christ makes up for what is lacking. (And St John the Forerunner's conception is celebrated on the 23rd of September, one day early in anticipation, for being the greatest of the prophets....(a rather nice note))

The Troparion for the day tells us "Today, the bonds of barrenness are loosed, for God has heard the prayers of Joachim and Ana. He promised beyond hope, the birth of their godly daughter. The Indescribable, himself, born of her as a mortal commanded us through the angel to sing to her: Rejoice, O woman, full of grace, the Lord is with you."

Our Kontakion tells us: "Today the whole world celebrates how Anna becomes a mother by the power of God, She conceived the woman whose conception of the Word is beyond our words."

You'll notice, that in both of these situations, it's neither the Theotokos of Ss Joachim and Anna who are the focus, but rather Our Triune God, all through the power of God. For without God, we are nothing.

This is what we should remember on this day, the power of God can overcome anything, and we too can become by grace, what God is by nature. The Theotokos is the perfect example of this.

Let us the faithful, extol the Theotokos, the ever flowing Fountain of Life, radiant Beacon of Grace, Living Temple, and most pure Tabernacle, more spacious than earth and heaven.

Our trials are for a reason, a greater good will always be brought out of our weakness.
Posted by Православный физик at 6:27 PM 1 comment: 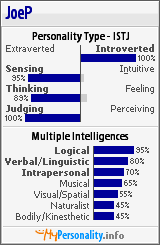